Not too long ago I was talking with a friend of mine about books for children. Her daughter is an avid reader and also loves her dog. I was talking about books that I had read as a kid that had mice, cats, and dogs in it who were heroes or sidekicks. Her daughter, Devin, told me about the books she’s been reading where animals are the main characters or they are the ones being saved by a group of children who are animal enthusiasts.

With the holidays coming up quickly, many of us may be wondering what to buy our kids, our nieces and nephews, and friends who have children. It’s hard to know which toy is trendy or what video game is best for them. Books, however, are never as tough.

Check out some of our favorite books for children who love animals. What animal books do your kids like best? 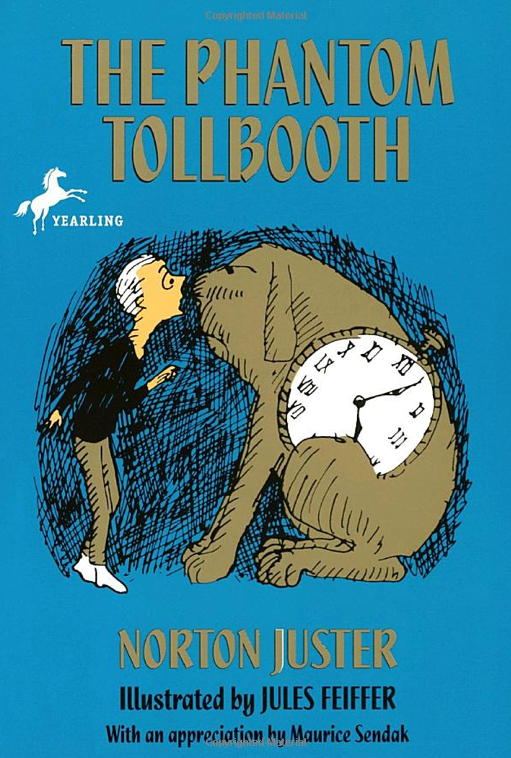 Norton Juster wrote this book in 1961. I read it when I was a kid and loved it. It’s the story of a bored boy named Milo who somehow gets a magic tollbooth and having nothing else to do he drives his toy car into it. He’s transported to a land called Kingdom of Wisdom and meets up with Tock, a “watchdog” with an alarm clock who joins him on his journey. The book has a ton of great puns and idioms. It’s a hero, who is just an ordinary boy, that goes on an adventure to save two princesses, Princess Rhyme and Princess Reason. My favorite character was The Dodecahedron, an inhabitant of Digitopolis who has 12 faces and each one shows a different emotion.

The Warriors is a series of books broken into 4 sub series. It is by Kate Cary, Cherith Baldry, and Tui Sutherland, and editor Victoria Holmes who all use the pseudonym, Erin Hunter. The books are about clans of wild cats in their forest homes. The Thunderclan, Windclan, Shadowclan, and Riverclan, and a fifth long-forgotten clan known as the Skyclan all are threatened by humans who want to build towns. They scatter and rebuild their homes in new gorge. The cats in each clan live in their own territory that they defend from the other clans. The series start off with a house kitty who yearns for adventures and meets a feral cat who is part of the Thunderclan. Allegainces shift, battles are fought, and friendships are made. Anyone who likes adventure would like this series. Start with the first series to begin entering the world of the Warriors.
Image from Harper Collins

Buy the first set on Amazon 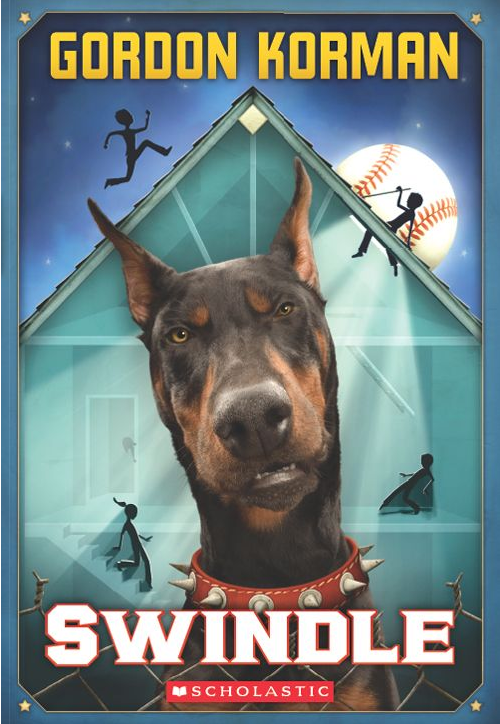 The Swindle Series by Gordon Korman is a series of 4 books, Swindle, Zoobreak, Framed!, and Showoff. The books are about 2 children, Griffin Bing and Ben Slovak, who in each book end up on a quest or adventure to right wrongs and save animals. In the first book, Griffin wants back the Babe Ruth baseball card that S. Wendell Palomino (aka Swindle) bought off of him for well below the market price. In the second book, Griffin and Ben go on a hunt to save animals from a zookeeper who steals pets! The latest book, Showoff, has Luthor the dog who creates some chaos at a dog show and is accused of ruining the career of a beagle. Griffin and Ben want to save Luthor from the pound and end up running around New York City.

Buy the first book of the series on Amazon

Everything For A Dog 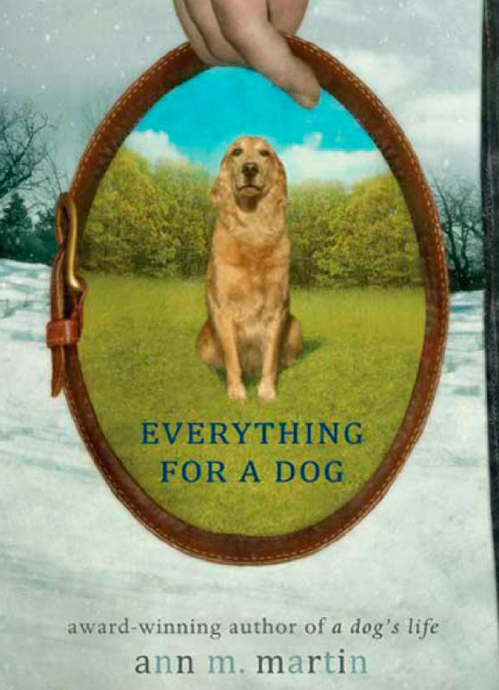 Ann Martin introduces us to Charlie, a boy who is devastated by the death of his older brother but has his brother’s dog for comfort. Henry wants a dog but his parents say no. Bones is a stray dog who would like a warm place to sleep, eat, and a few good scratches behind the ears. Their lives intertwine in very surprising and touching ways. It’s a story of growing up, facing some tough hardships, and finding companionship. 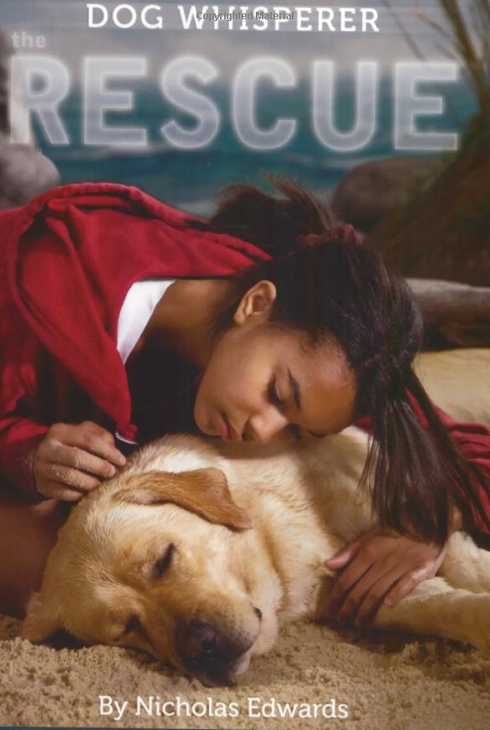 Emily has dreams of drowning and realizes that it might not be a dream. One night she risks her life to save the life of a stray dog. With TLC he survives and it seems that Emily and the dog are connected, not just bonded like many us are to our pets, and can feel the same things. She can see what he sees and feels his pain and determination to live. The stray is named Zack and they become best friends but also seem to be able to reach each other’s mind. Together they start helping a few of the people in their neighborhood like the older cranky woman, and Emily deals with some of her issues about being adopted. 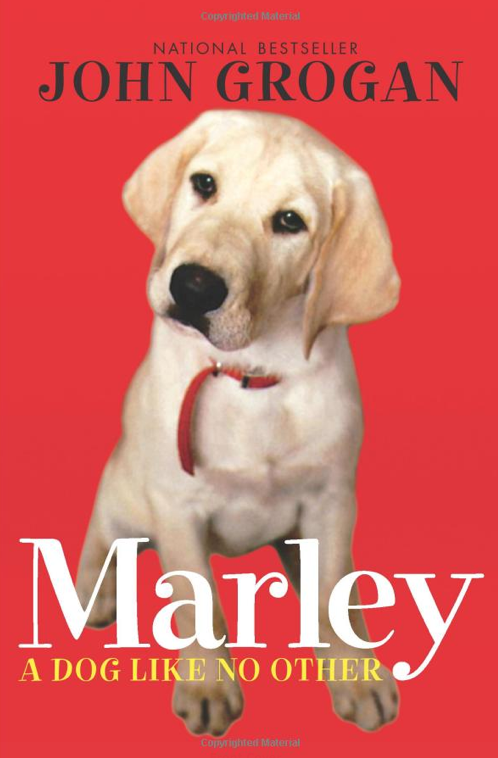 John Grogan’s memoir of his insane dog, Marley, was a hit movie and has now become a small series of picture books for very young children. This book has been adapted from the original memoir for children ages 8 to 12. It’s still the same naughty lab who ate the walls, ate clothing, and got kicked out of obedience school. Grogan has trimmed down his best-selling account, Marley and Me, leaving out considerable detail about the family but keeping all the hijinks in that made Marley so entertaining. The dog’s poignant last days are detailed as well. Anyone who has a pet will recognize the type of affection that exists between pets and their family even if the pet is a bit… well, hard to handle.

One thought on “6 Fantastic Books For Kids Who Love Pets”