The end of March is going to be a fur-filled weekend in New York City. If you’ve been toying with the idea of adopting a pet head to 67th street and Broadway from March 30th to April 1st.

The Mayor’s Alliance for NYC’s Animals is hosting a three-day pet adoption event, the ASPCA Mega Match-A-Thon. There will be cats and dogs from several rescue groups located in New York City who are all waiting for forever homes.

The Mayor’s Alliance is the ASPCA’s partner for the Mega Match-A-Thon and is one of the 55 organizations sharing a grant to support the large-scale event in NYC and in several other cities throughout the country. The ASPCA will be there (of course), along with the Animal Care and Control of NYC, Animal Haven, Sean Casey Animal Rescue, and Picasso Veterinary Fund. Adoption vans are going to be parked along the curb for the event.

Every animal adopted will receive a free collar and ID tag. You’ll also get a few free food samples and other goodies available.

Maybe you’ll meet a little New Yorker that will melt your heart! 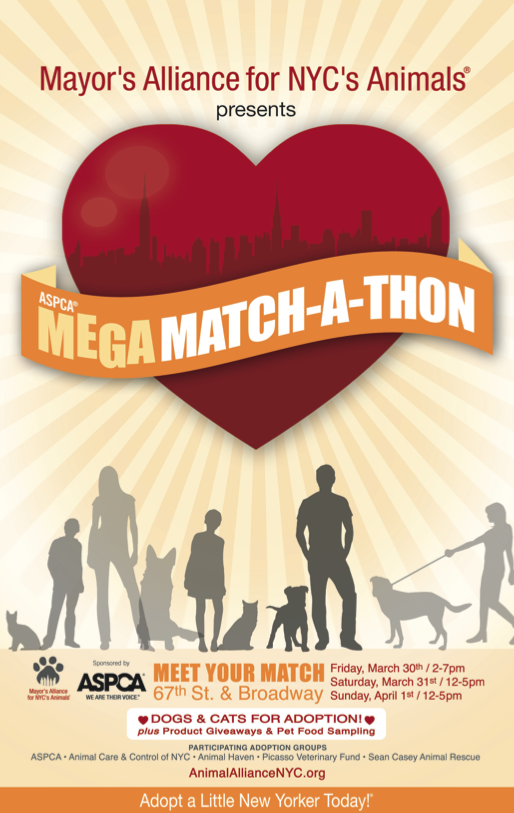