Petswelcome.com / Articles / Canine Influenza: What Is It? 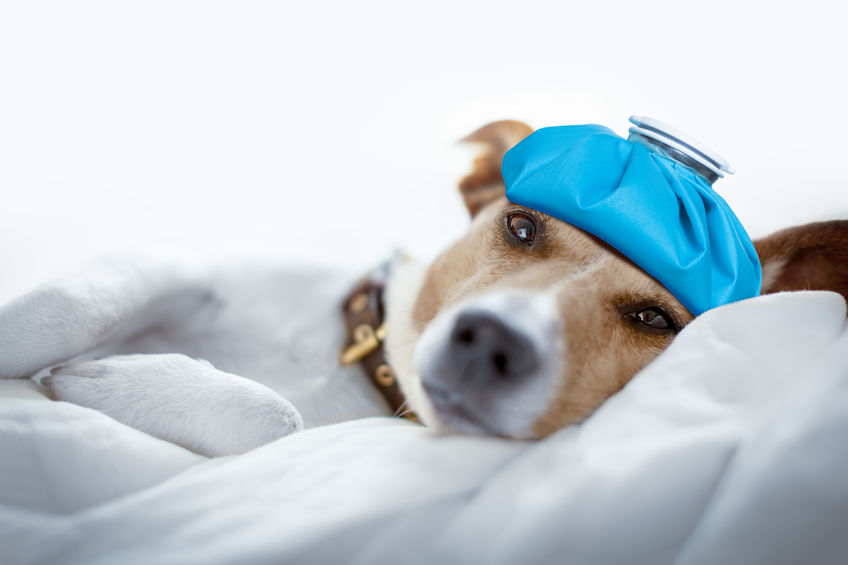 With all the flu going around this time of year, Petswelcome thought it was a good time to update our information on both human and canine influenza. One of the big questions dog owners have is whether humans can pass the flu to dogs and vice versa. The good news–if there can be good news with regard to the flu–is that human and canine influenzas are two distinct influenzas. While there are cases of humans passing it onto pets, it is very rare.

In 2009, two cats died of the H1N1 swine flu that was most likely passed on by humans. There were also other cases of human-to-pet flu transmission reported in dogs and ferrets but, again, the risk is extremely low. On the other side of the coin, there are no reported cases of dogs passing canine influenza to humans.

According to the Center for Disease Control, the 2019-2020 flu season already seen 9.7 million cases with 87,000 people going to the hospital and 4,800 deaths. There has been an uptick in cases of Influenza B appearing earlier in the season than usual. Overall, 70% of the cases are Influenza B  and 30% Influenza A.

Most flu vaccines for humans are made up of three or four strains of the flu that are considered most likely to encountered in a given year. This year, however, there is a larger percentage of flu strains that don’t match the vaccine strain. Doctors still stress that it’s still very important to get the vaccination as it does cover a number of the current flu strains. 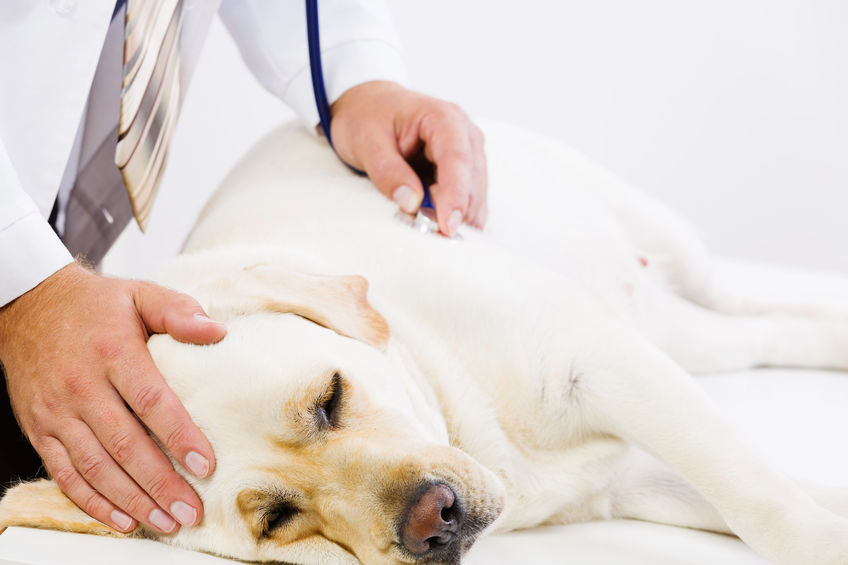 What is Canine Influenza?

There are two strains of canine influenza, H3N8 and H3N2.  They can cause mild illness but if a dog has a weak immune system or if left untreated, it can be severe. Unfortunately, unlike human influenza, canine influenza is not limited to a specific season; it is a highly contagious disease that can be contracted all year round.

Typical symptoms of canine influenza include a soft, wet cough with a low fever. This can last about a week or more and there may also be some discharge from the nose that is yellow or green in color if a secondary infection arises. If the dog has a severe case of canine influenza there can be a high fever, difficulty breathing, and heavy discharge. It is not fatal, but can be extremely uncomfortable for dogs and if left untreated, can weaken the immune system and expose them to catch secondary infections.

How Does a Dog Get Influenza?

The virus is contagious and spreads from dog to dog by sharing the same environment. It’s respiratory based and so dogs who are together for a period of time at a dog show, boarding facility, or shelter can spread it around. Your dog may catch it from another at a dog park as well even though you are outside.

The symptoms resemble kennel cough or bordatella and only your vet can diagnose if it is canine influenza or something else. There is currently no reliable rapid test available to veterinarians for diagnosing canine influenza but there are tests available at certain diagnostic labs. If your vet suspects that your dog may have the virus, s/he may urge for further testing.

Any dog infected should be kept away from other dogs until the illness completely resolves. Wash your hands often and keep areas clean if you work or have several dogs in the house and one of them is ill. If you work with dogs such as in a shelter, daycare, or boarding facility wear gloves, disinfect areas very well, and make sure that animals that are ill are kept away from others till they are well again.

Is there a Vaccination for Canine Influenza?

There is a vaccination. However, like the vaccination for humans, the canine vaccination does not guarantee your dog will not get the flu. Also, some vets do not recommend it.  They believe a healthy lifestyle is a more effective preventative. Others might suggest it as something to consider if your dog needs to be taken to a boarding, daycare, or high-risk facility. The vaccination to protect against both strains requires two shots. They can be administered two to four weeks apart to healthy dogs seven weeks of age or older. To get full protection, the vaccine should be completed at least two weeks before potential exposure so it’s important to plan ahead.

No matter what you decide, if you are considering the vaccination for your dog, it’s important to talk to the person you trust most with regard to your pet’s health–your own veterinarian.