Birmingham, Alabama, is the largest city of its state, with a population of 229,000. This city used to be a major industrial center of the South during the 20th century. Its nicknames are “The Magic City” and the “Pittsburgh of the South,” due to heavy steel production. If you’re visiting Birmingham, there are plenty of fun outdoors things to do with your dog. Just keep in mind that summers are hot, and winters are mild, but there is frequent rainfall. 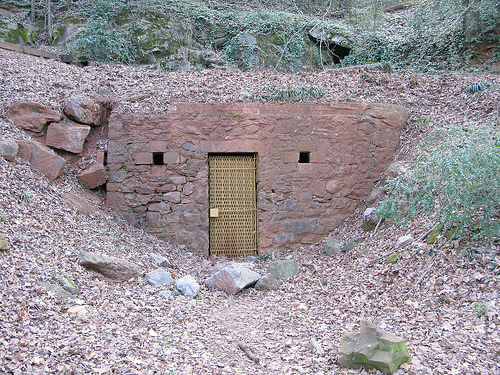 The Vulcan Trail is for people and dogs that are interested in hiking during their stay in Birmingham. This trail is 4.3 miles, and is of moderate level and open year-round. It goes by the Red Mountain, an interesting geological feature that’s full of iron ore. Dogs must be leashed to hike on this trail.

Arlington is an example of Greek Revival Architecture back in the 1840s; it is a house that was built by Judge William S Mudd, one of Birmingham’s founders. It is located on six acres of manicured land. Admission is $5 for adults, and $3 for people 3-18 years of age. Dogs must be leashed, and are allowed on the grounds, but not in the buildings.

This park was an important place during the Civil Rights Movement. During May 1963, Birmingham authorities attacked many of the protesters that were demonstrating in this park. This attack raised much attention throughout America, realizing the effect of segregation, and many de-segregating movements followed. If you’re interested in checking this out, you can bring your dog on a leash and take a look.

Located in McCalla, Alabama, this park was an iron working site of early settlers, and has many festivities in the current era. They have many vendors and events at this site. This park also encompasses over 1,500 acres, where you can hike with your dog at many areas. Dogs are allowed on leash, but not in the park buildings or swim areas.

Located in Hoover, Alabama, this nature preserve takes up 250 acres. It has trees, plants, rock formations, streams, waterfalls and more. Dogs are allowed on leash to hike with you in this area.

This is a continental Italian restaurant that has a cozy feel. They have pasta, seafood and meat dishes, as well as assorted wines. Dogs are allowed at the outer tables.

This shop has many organic, vegetarian and other healthy items. They have outdoor dining at the cafe part, where dogs can sit at the outer tables.