Petswelcome.com / Articles / Holidays for Animals from Around the World

With all the holidays we celebrate and special ones that express our love and care towards our pets – not to mention the upcoming holiday that’s all about a furry creature poking its head out of the ground to see its shadow – the question came up recently among us here at PetsWelcome, “What holidays around the world are about animals?”

There are plenty of ways we incorporate animals into the holiday season like dressing our dogs up for Halloween or cartoons about Rudolph and his shiny red nose but finding holidays that are about animals or honor them directly was a bit harder to remember and find.

However, after some searching around the internet and remembering childhood activities from school where we’d celebrate cultural diversity, we were able to compile a list.

Did we miss some? Let us know! 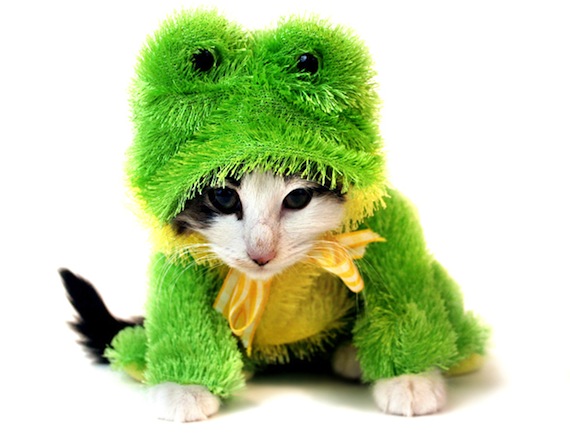 National Dress Up Your Pet Day

Dress Up Your Pet Day, January 14, gives you the opportunity to …. dress up your pet. We dress them up for many holidays that are geared towards us but this day is just for them. Pull out their best outfits and let your mutts strut their stuff. 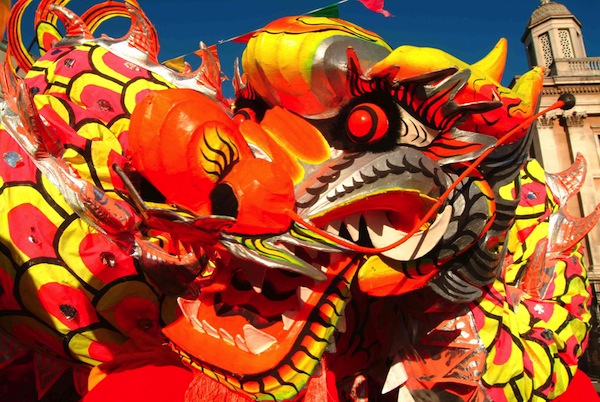 This year, Chinese New Year is February 10, 2013. It’s a solar and lunar based holiday and each calendar year is dedicated to an animal. This year is the Year of the Snake. Red is said to be the luckiest color and most celebrants decorate their homes with red banners and dress in red for the celebrations. It is also the most important holiday in Chinese culture. The Dragon is present in many Chinese cultural celebrations representing prosperity, good luck and good fortune. I was born in the Year of the Dragon, what about you?

Groundhog Day, celebrated on February 2nd, is celebrated to predict the end of winter. It is thought that if the groundhog sees his shadow, 6 more weeks of winter will follow. If he doesn’t see his shadow, spring is just around the corner. Punxsutawney Phil in Pennsylvania delivers this weather forecast. 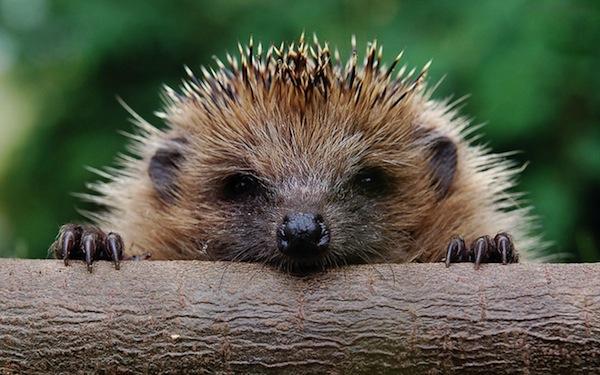 Hedgehog Day is actually the original Groundhog Day. Thousands of years ago, every year on February 2nd, the Romans used a hedgehog to predict whether winter would end quickly or continue on. Instead of watching the hedgehog in the morning, the Romans would watch the hedgehog at night. If the hedgehog saw his shadow because of the clear moon, it would mean a longer winter. The hedgehog would know to continue hibernating. Historically, it is thought that when people started inhabiting North America, they wanted to keep this tradition but since hedgehogs were not native, they used a groundhog. Hence, the beginning of Groundhog Day. 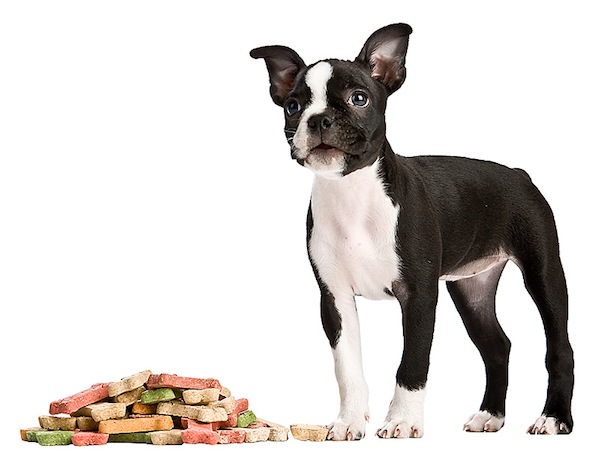 February 23 is International Dog Biscuit Appreciation Day. If you have a dog, then chances are that you love them and reward them with dog biscuits. This is the day to show your dog how much you appreciate them. And in turn, your dog will show you how much they appreciate the dog biscuits… and you, for giving them to them! 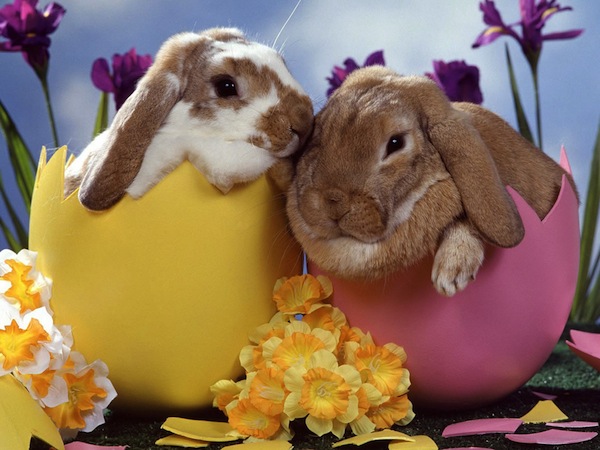 The roots of Easter stretch back to ancient celebrations of spring and the return of the sun. Today it is celebrated by Christians who believe that Jesus was resurrected from the dead. The Easter Bunny or Easter Rabbit is a character depicted as a rabbit bringing Easter eggs. He carries colored eggs in his basket, candy and sometimes also toys to the homes of children, and as such shows similarities to Santa Claus, as they both bring gifts to children on the night before their respective holiday. 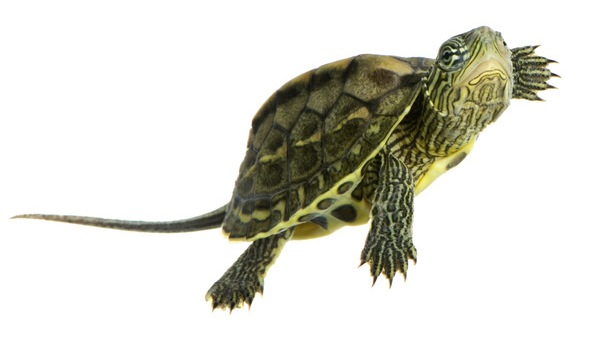 World Turtle Day began in 2000 and was started by the American Tortoise Rescue, which is a rescue organization run from Malibu, California in the U.S. World Turtle Day was started to increase respect and knowledge for the world’s oldest creatures. The holiday serves to remind us to never buy them from a store, never remove them from their natural habitat, help them across a busy street, report illegal sales of them to your local animal control organization, and to report the sales of turtles or tortoises that are smaller than 4 inches as this is illegal everywhere in the U.S.

Turtle Day is celebrated worldwide, especially among those for whom the turtle is a symbolic animal. People such as the turtle-related group known as The Goffles may celebrate turtle day in a variety of manners, some of which are dressing up as turtles or saving turtles caught on highways. Other groups also recognize the importance of this holiday to turtles worldwide. 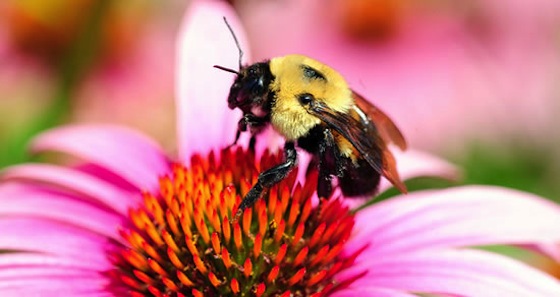 Don’t Step on a Bee Day

On July 10 don’t forget to observe your footfalls. It’s actually an important reminder that the fate of the common bee lies in the balance – with bee numbers in some countries having halved in the last decade it’s vital that we take care to maintain bee populations, pollination and honey production. But seriously, be careful where you step. Bee stings are not pleasant. 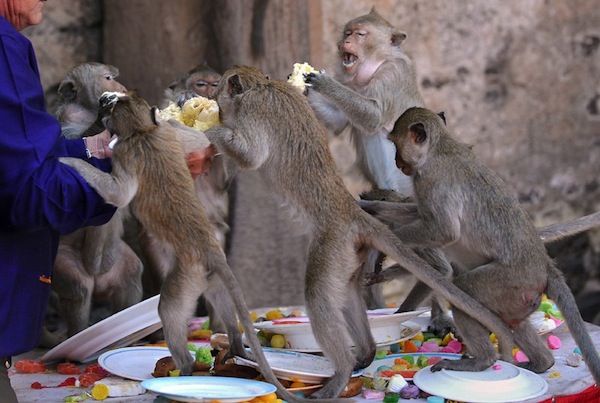 Thailand’s annual Monkey Buffet Festival is held in Lopburi province. The tale is that the province was gifted to the monkey king Hanuman by the great hero Rama, and every year, on the last Sunday of November, locals lay out over 6,500 pounds of fresh fruits and vegetables and let the approximately 600 monkeys of the region eat them all. Hold onto your hats. These guys like to grab your hats, cameras, and anything they find interesting.