Petswelcome.com / Articles / How to be a Good Guard Dog 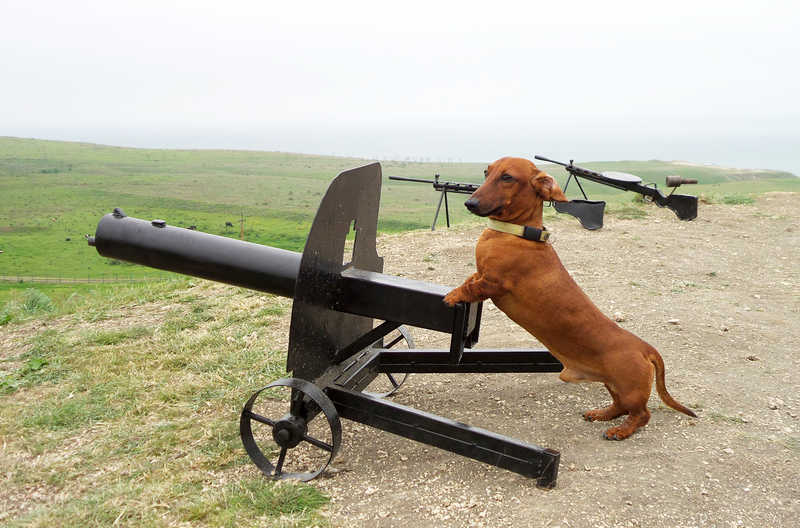 As dogs, there are just a few things people expect of us: follow a few commands (sit, stay, lay down…), maybe do a couple of tricks (rollover, shake hands), and, always, guard the house. Overall, the commands and tricks are easy and harmless. It’s the silly price we have to pay for being pampered, fed and putting up with the “masters” after they’ve had a bit too much grape water. But being a good guard dog–especially if you’re a chihuahua or shih tzu–can be a tricky business. So I have a few suggestions to get your game on for those breeds that are not known as great guard dogs:

This is an occasional article from the desk of the CEO (Chief Eating Officer) Emeritus, Hobbes Kingsley