Petswelcome.com / Articles / How to Enjoy Your Cat This Fourth of July 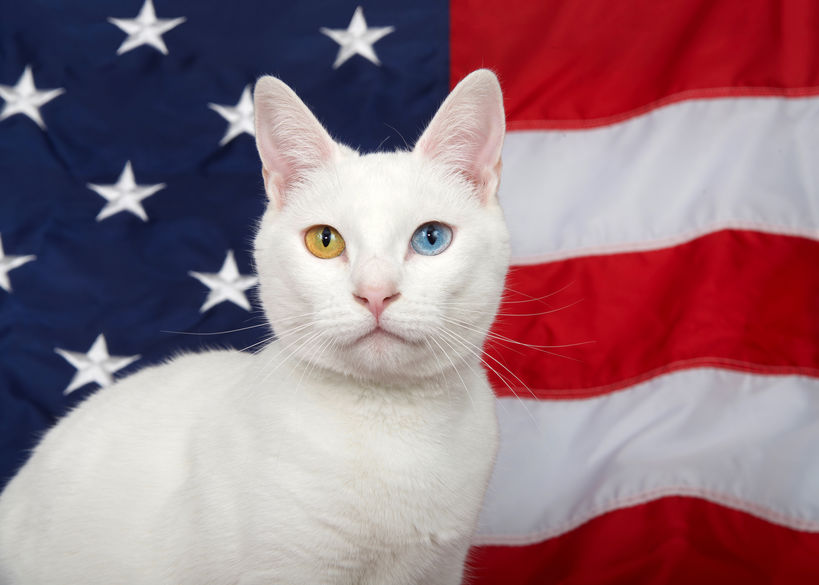 Of all domestic pets, cats are the most independent. So what better way to celebrate Independence Day than spending some quality time with your favorite feline? Okay, snakes are independent, too, but communing all day with your snake is just plain weird. Neighbors will whisper and your civic reputation will take a nosedive. Also, I’m not sure what you can learn from a Corn snake. Cats, on the other hand, have lots to teach us about what it is to be an American. That’s why you should hang out with your cat on the 4th. Maybe you’ll learn something.

Here are Petswelcome’s suggestions on how to enjoy your cat this Fourth of July, the most patriotic of holidays:

Holidays aren’t all about fun. This includes July 4th. There should always be some thoughtful reflection about what you are celebrating. And there’s no better way to reflect than by observing your cat. How do they embody freedom and independence? What can I learn from my cat about being an American?

First thing she will teach you is to march to your own drummer. Don’t embrace that pack mentality that is the hallmark of our other favorite domestic pet. Try calling your cat by name and see if she responds. Of course not.  Try any command that your sniveling dog would respond to in a nanosecond and you will get absolutely no response. That’s because your cat has read the Constitution. Or at least your scary neighbor’s license plate that says “Don’t Tread on Me.”  She’s telling you she bows to no one. She’s telling you that Homey don’t play that game. 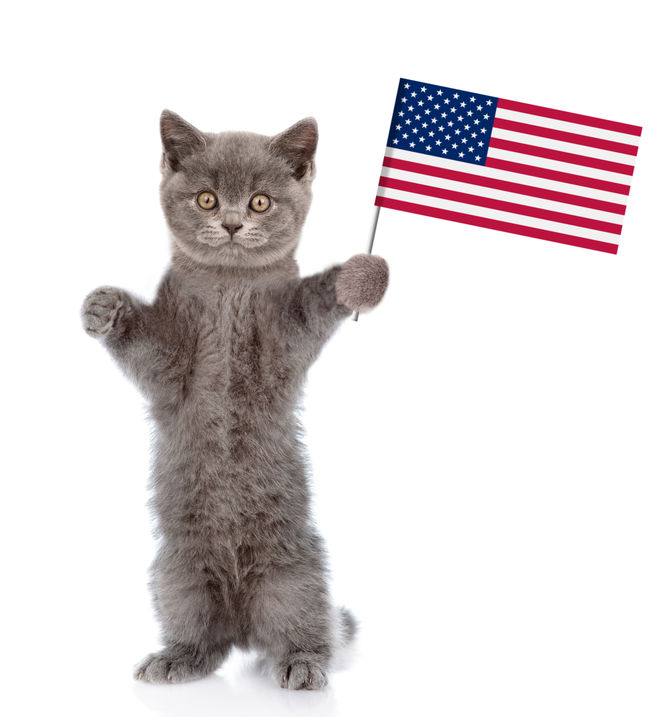 Yes, hamburgers and hot dogs are the tradition. But think cat. Cats won’t be herded into sentimental behavior just because everyone else is doing it. They want you to be different. To think outside the litter box. So grill tuna instead. Your cat will show her admiration by joining you for dinner. What an honor and a validation! It’s her way of encouraging you to be a better citizen (as well as a hardcore pescatarian). For your own good, of course. Not hers.

There’s an article in today’s New York Times about a growing movement to take cats camping, hiking and canoeing. Sounds crazy, right? It is. That’s because it requires getting your cat on a leash. That’s not gonna happen. Approach your cat with a leash and you’ll suddenly feel like Benito Mussolini trying to suppress the Italian citizenry. Your cat won’t hang you upside down at a petrol station and stone you and spit on you like the crowd did to Il Duce, but she will give you a look that achieves the same effect. If that’s not a history lesson, I don’t know what is.

If you want to hit the road with your cat this Fourth of July, then we suggest finding a cat friendly hotel. In our experience, cats prefer room service and caviar over moldy tents and flaming s’mores that turn your mouth into Mt. Vesuvius. We couldn’t agree more. 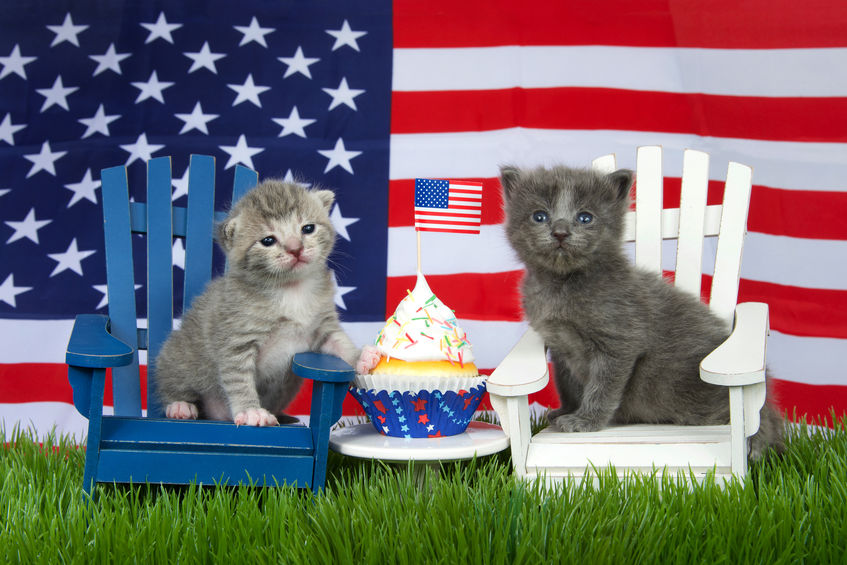 Let’s face it. Cats aren’t dogs. They don’t want to play fetch. They won’t rollover just because you ask them to. They require higher forms of entertainment. Like sitting in your lap while you watch a rousing old flag-waver like Mr. Smith Goes to Washington.

In many ways, spending quality time with your cat captures the essence of the holiday and is what the Framers intended when they listed the Pursuit of Happiness as one of the birthrights of an American citizen. Cats understand this. It’s about their happiness not yours. That’s why she hisses at you every time you try to get up and go to the bathroom. Not because you’re disturbing her repose. No. It’s her way of telling you that being an American requires sacrifice. That’s where you come in. You’re not gonna get that from a dog.