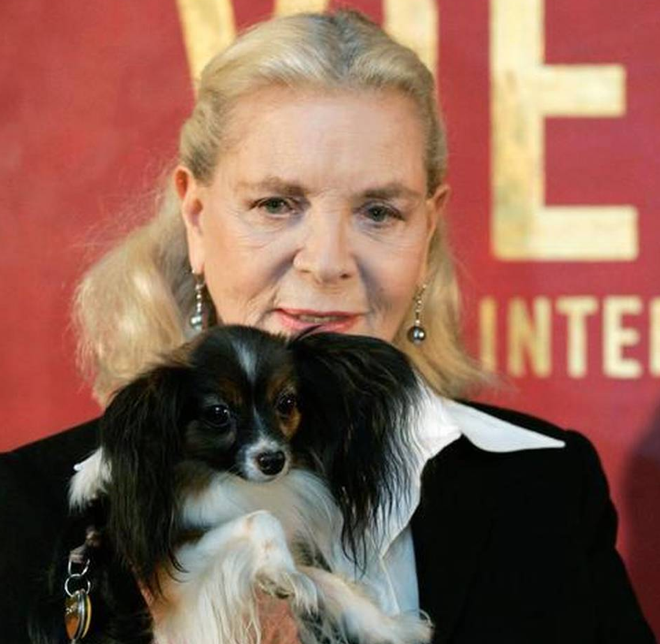 In the last few years pets have gained more and more notoriety as being more than an animal in a house. Property laws and family laws have changed and modified some of their intent to include the family pets, including ownership rights, abuse and domestic violence, divorce, and inheritance.

Lauren Bacall who died in August, had an estate worth more than $26 million and made sure in her will that her dog, Sophie, would be well-taken care of by assigning $10,000 to the care of the little papillon. She specified in her will that her son would be the caretaker and the money would be used for the care of the dog. The rest of her estate was divided up among her children, grandchildren, and a few employees.

Lauren Bacall, aside from being an amazing actress, has been a dog lover for decades. Her first dog was named Droopy and since then she has always had dogs. Sophie, which many may remember, is the dog that accompanied Ms. Bacall to many book signings in 2005 when she was promoting her memoir.

Lauren Bacall isn’t the only celebrity who has left money for the care of a pet after death. Dusty Springfield, the singer known for “Son of a Preacher Man” left very detailed rules on how her 13 yr old cat was to be cared for after she died. Leona Helmsley, while not an actress or singer, but well known, left $12 million to her pet maltese. Natalie Shafer, who played Mrs. Howell on Gilligan’s Island, left a bulk of her fortune to the care of her dog as well. Oprah Winfrey has also set up a trust for her dogs that is rumored to be worth about $30 million.

Have you thought about naming your pets as a beneficiary?