Petswelcome.com / Articles / Living With a Pet May Help Prevent Allergies 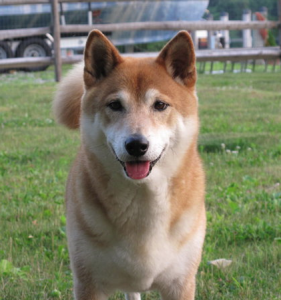 Having a pet in the house during childhood may help your child fight off allergies rather than contribute to them. A recent study conducted from the Henry Ford Hospital in Michigan and published in the journal Clinical And Experimental Allergy found that children living with an animal, especially during their first year, in the same household had half the risk of being allergic to cats and dogs later in life.

There used to be a belief that having pets in the house increased allergies. I had heard this from parents of my friends who had children. While being exposed to triggers like pet dander could bring about a sensitivity and allergic reaction, researchers have also found that being exposed to the germs and dander can strengthen the immune system and prevent allergies.

Researchers followed 566 children from birth to age 18 and looked at whether they had a dog or cat in the house and what allergies, if any, the children had. Their study found that the children who shared a house with a cat during their first year of life had half the risk of being allergic to cats later on. The children who lived with a dog also had a reduced chance of developing an allergy to them, boys more so than girls.

The development of allergies is complex and there are a number of factors that contribute to them including family history, exposure to other environmental factors, and health problems. However, the study showed that there is a lower risk of developing pet allergies because the children developed antibodies throughout their development from infancy to teenagers.

Previous studies have shown mixed results and more research is needed. However, this new study suggested that sharing a house with a pet doesn’t increase the risk of allergies and could make your child’s immune system stronger. Exposure to germs and dirt can trigger the immune system to work and create antibodies, and having a pet in the house may have a protective effect.