In an article from DailyMail, the story of a woman who left her husband with her children and pet rings true to the fact that none of NYC’s 50 domestic violent shelters accepted pets. Now, months later, this woman and her pet have been reunited because a shelter in NYC has finally opened its doors to pets. 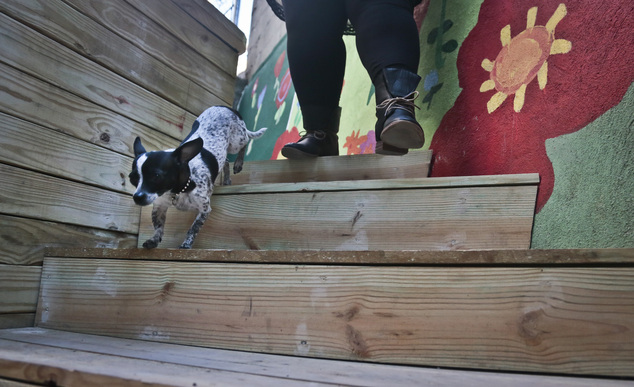 One of the reasons that some women may not always leave their abuser, among many reasons, is the family pet will be left behind and in sometimes the pet is also subjected to the physical abuse or used as a bargaining tool. Stories of husbands or partners threatening to kill the family pet if the survivor leaves, threatening to throw the cat out of the window, and other awful threats can be another reason a woman is hesitant to leave her abuser.

25% to 50% say that they delayed leaving out of fear of what would happen to the animals left behind. However, with the growing number of shelters across the states that are there to offer help and a safe haven, the connection between people and their pets has propelled them to open their doors to four legged and pocket sized family members too.

Other shelters that cannot take in pets or do not have the space are partnering up with pet groups to find foster homes for the cats, dogs, hamsters, and other family pets while the survivors stay at the shelter. For many reasons, the family pet can be an important part of the healing process. It’s great to see shelters are recognizing the bond and doing their best to open their doors to them.