Petswelcome.com / Articles / Panda-Painted Dogs, Fake Testicles, & Other Weird Things We Do to Our Pets

Our pets are part of our family. They sleep with us, cuddle us, and sometimes eat with us. So it’s no wonder we want to include them into our daily activities and interests. From buying a leash that has our favorite baseball team on it to naming them after our favorite movie characters, they are an extension of our personalities.

Even still, there are some pretty bizarre things we do to our pets that they may not find amusing (or even like very much). But we sure do.

Here are some of the strangest things we do to our pets. 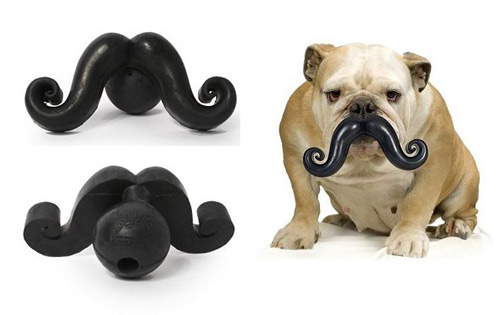 A dog with a mustache is funny but it’s unlikely he gets the joke. It’s also unlikely that a dog would chew on it in just the perfect spot – although that has its own photo-op humor element, too. Then again, apparently we also like to put mustaches on our chew toys… errr, I mean, coffee cups. 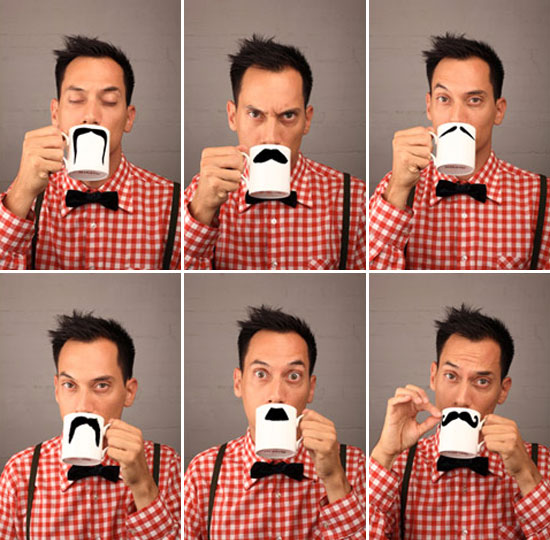 Images from Puppies vs. Babies and Design Boom 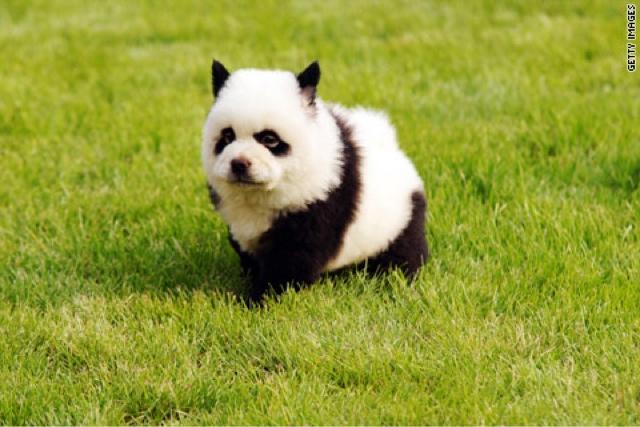 My cats don’t like having their nails trimmed. I can’t imagine them sitting still to have their hair done. But one of the fads that is catching on (and scaring neighbors) is dying your pet to to make your golden retriever look like a lion or your chow chow resemble a panda. Ummm… Okay, I admit it – the panda idea is pretty cute.

Image from A Girl in Hong Kong

Years ago I had seen rubbery tips that could be put on cat claws to keep them from scratching and ripping up furniture. The tips came in various colors for our amusement. As the nails regrew underneath the tips, they would fall off. It seems the idea of having colorful nails has caught on. Dogs now don’t just go to the doggie spa to get a haircut – they also get their nails done. 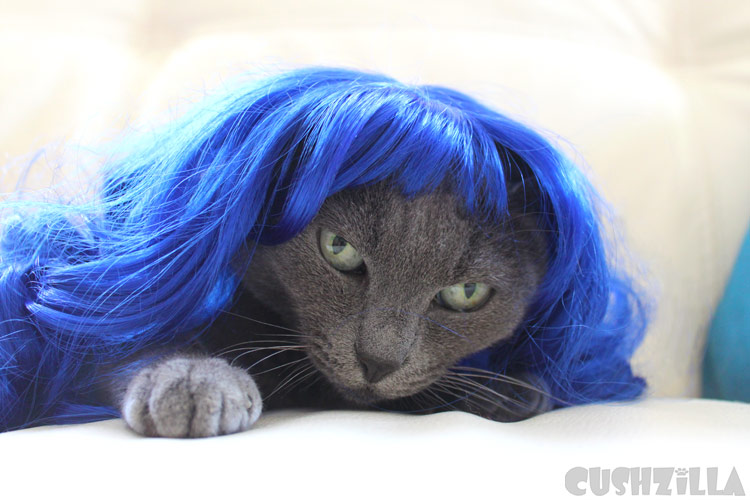 I imagine cats don’t care if they have long flowing silky hair or crazy colors like Nicki Minaj or Katy Perry. But apparently we do. Maybe it’s because some of us have reached that age where using Manic Panic on ourselves just would feel… weird… or have a job where we can’t go in with flaming red and neon green waves. Our pets don’t have such restrictions and it looks as if we are showing the world they can be freaky like that hipster kid in the coffee shop down the block.

Dry Your Dog With a Frog 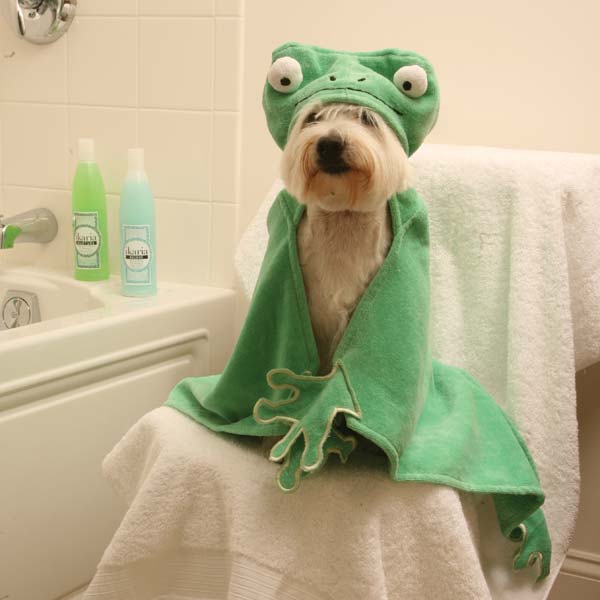 Hooded towels are a good idea for cats and dogs after a bath. Some pets like to be wrapped up and held after a bath. Others like to rub and roll around on the ground. A hooded towel stays in place while drying your pet. A hooded towel that has a froggie head or duckie head on top is totally unnecessary… But you want one now, huh?

Buy the Dog Hooded Towel in Lamb, Frog, Duck, or Bunny on Amazon 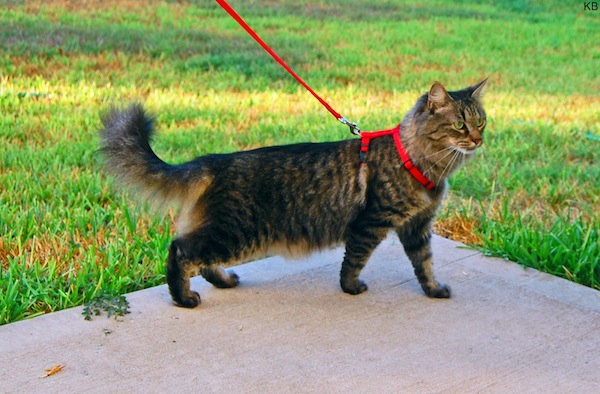 Ok, I’ll admit something, I tried this once. Not on the sidewalk but in my backyard when I moved to Portland, OR three years ago. My cats were always scratching at the back door when I was out there and meowing to join me. They are indoor-only cats and have been for most of their 15+ year lives. But they did seem curious about the backyard. So I harnessed them up and would let them walk around on the wooden deck but not much farther. I’ve seen a few people in this city walking their cats on the sidewalk like a dog, but much much slower. It seems you can’t herd a cat… no matter how hard you try. 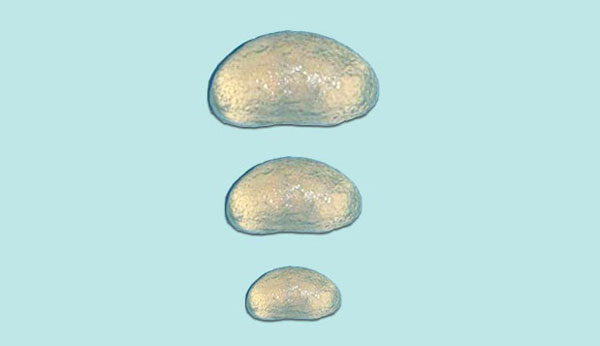 It seems that there are some of us who believe our male cats and dogs feel less “manly” after being nuetered and need to have that given back to them in the form of fake testicles. It doesn’t seem to be for the pets so much as for the owners. We could probably dive into a few psychological theories but probably shouldn’t spend that much time on this one. I imagine these owners probably have fake testicles hanging off the back of their trucks, too, and anywhere else they can find a hook.

What goofy things do you do to your pet? C’mon, fess up!