What annoys you the most about your human? Mine doesn’t wake up when I tell her to. I meow at her, stand on her, lick her head, and paw at her face. All she does is roll over or pull the blanket up over her. She doesn’t listen. I’ve tried treats, positive reinforcement, and ignoring bad behavior. Nothing works. 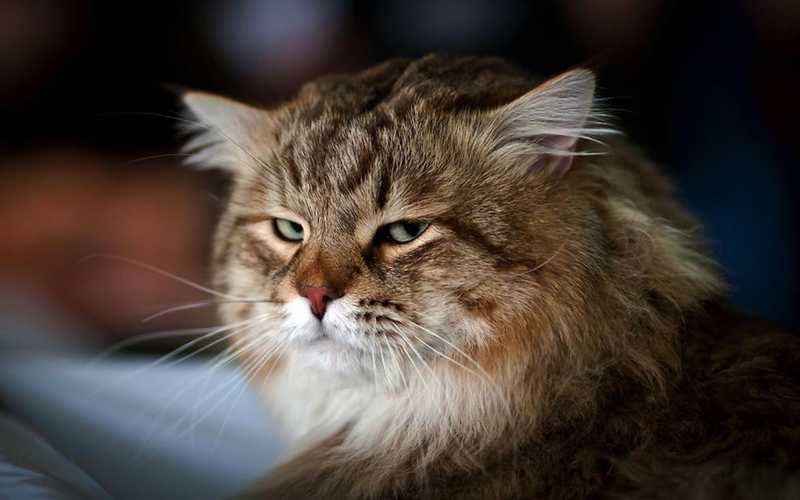 I’ve got a list of things that annoy me that my human does, does yours do this too?!

Rough-housing – playing rough is fine but not when I’ve just woken up from a nap! All I want to do is stretch, drink some water, and wake up slowly. I don’t want to immediately wrestle or have my sides rubbed really hard and fast. I don’t want to have my paws high-fived. Stupid human.

Fake outs – when we are playing a game, don’t fake throw the ball. That’s mean. Showing me the ball and then “throwing it” so I look around and dart after it only to find out that it’s still in her hand is just cruel. I don’t tease her like that.

Late feeding times – it’s annoying when she doesn’t come home on time, doesn’t immediately apologize, and doesn’t put food in my bowl the moment she walks inside. She’s not well-trained. I’m not sure where I went wrong. What’s even worse is when she picks up the bowl, puts food in it, and then forgets to put it back down on the floor for me! TEASE!

Inviting people over – I like some of her friends and some give me a lot of attention. But if I’m sleeping or have left the room do not come find me. I left because I’m done socializing. I don’t want more hugs, don’t want to be picked up. Leave me alone. Let me sleep! Ever notice humans are just dumb?

Stupid humans… why do we own them?
What does your human do that annoys you?