Back in June, NPR reported that 16 yr old Tama passed away. She was a calico cat who was the stationmaster of Kishi Station in Southeastern Japan. The lovely cat had heart failure, a common cause of death in older cats. She, however, was not a common cat. In the years she was the stationmaster, she helped save the train station from financial problems. People would come to the station to see her in the office. She wore a railway hat and collar. 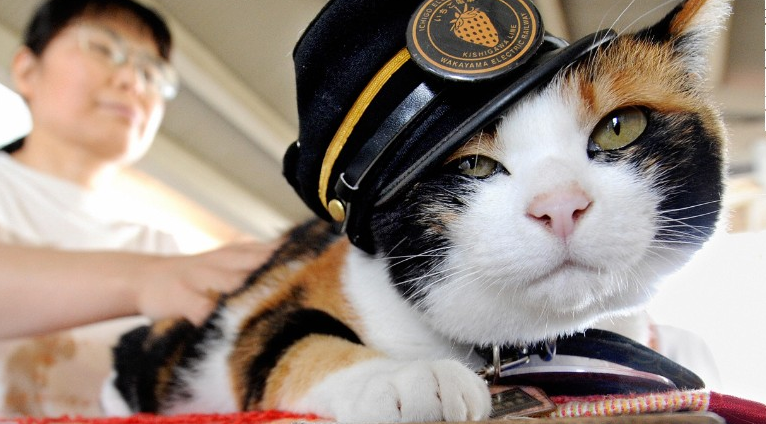 Not many people travel through Kishi Station but because of her presence, tourists would come to see the cat who had a human’s job. The station also opened up a Tama-themed cafe where people could drink coffee, relax, and even buy Tama-themed merchandise.

Kishi Station has a new cat who is getting ready to fill some big shoes, named Nitama. Let’s hope Nitama wows the crowds just as much and takes on the responsibility of being cute, sitting, and sleeping just as well as Tama did!

To read the full article, check it out at NPR.