Petswelcome.com / Articles / The Coolest Animals of the Macy’s Thanksgiving Parade 2013

I was thinking a few days about people who tell me they aren’t “animal people.” I understand not being a “pet person” and not wanting that responsibility or feeling that type of affection towards an animal. But to not be an animal person seems hard to swallow for me because, simply, we are surrounded by them.

From pigeons on the street, to squirrels, to logos and cartoons, animals are everywhere. Internet memes often feature animals and some of our favorite superheroes and villains have had animals as their sidekicks or they have turned into animals or hybrids of animals (Wolverine, Spiderman, Catwoman). This morning as I watched the parade I saw some of the most iconic animals in our pop culture float on by and they looked fantastic.

It hit me, it’s impossible to not like animals 100%. Sure, don’t have a pet, I get that. But if you played a video game or read a comic or even watched a cartoon or tv show, chances are you came to appreciate a dog or ninja turtle in your time. You may have even routed for a certain hedgehog to save all the woodland creatures at the end of each level.

This cute little kitten has been around since the mid 1970s and even had her own video game in the 1990s. She’s an icon in Japan and here. She’s bright and kind-hearted and it is believed she’s a persian kitty. 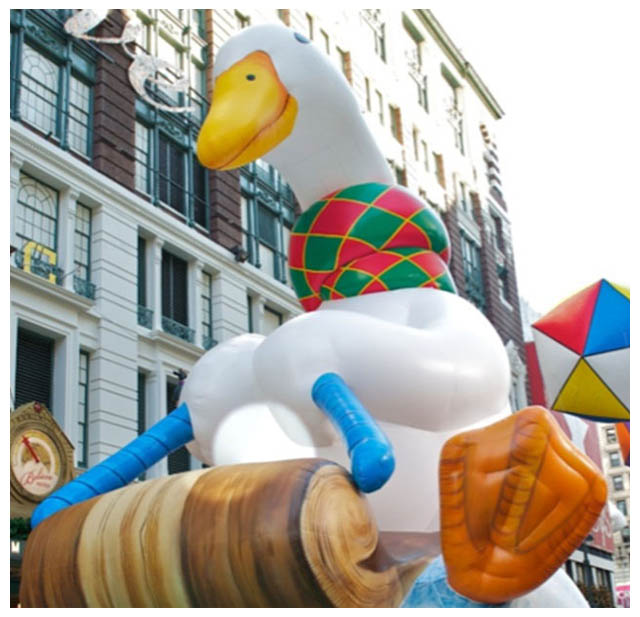 This fella hit the scene in the late 1990s and has appeared in over 30 commercials. He’s quickly become one of pop culture’s fav advertising icons. The duck has even appeared in commercials with such big shots like Yogi Berra, Bugs Bunny, and Donald Trump. 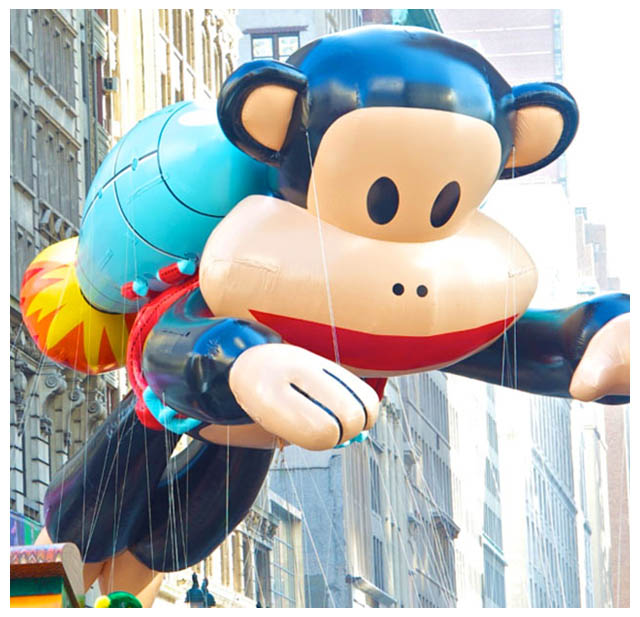 Julius is the creation of Paul Frank. This monkey has appeared on everything from change wallets to iPhone cases to bed sheets. He’s an icon in kid’s fashion and apparently is a pretty great soccer player! 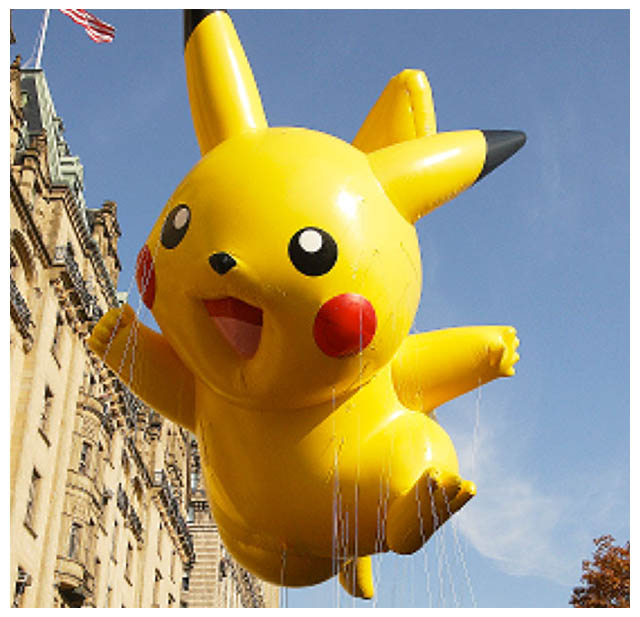 I’m not entirely sure what kind of animal Pikachu is but he’s the best mascot to have in the whole wide world! He’s a mouse-like creature who kicks butt against the other Pokemon. He’s had cameos on The Simpsons, as well as a cover photo on Time magazine. 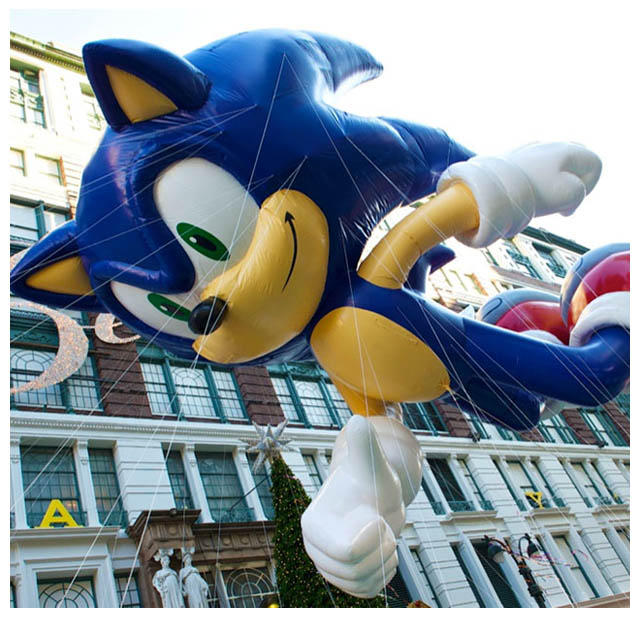 Since the early 1990s, Sonic has been a staple of video gaming. He’s the most well-known hedgehog ever! He’s Sega’s mascot and runs like the wind collecting rings, spinning in the air, and saving creatures from Dr. Robotnik. Sonic was the first video game balloon in the Macy’s parade, later followed by Pikachu.

Charlie Brown’s clever dog, Snoopy, is the most famous balloon in the Macy’s parade. He’s been around since 1950 and never speaks but he can play accordion, fly using his ears, and may understand a little french. When he puts on his glasses he become Joe Cool. Snoopy is the mascot of MetLife Insurance. If you wonder what Snoopy likes to read, his fav book is by Leo Tolstoy, “War and Peace,” which he reads one word a day.

All images from Macy’s