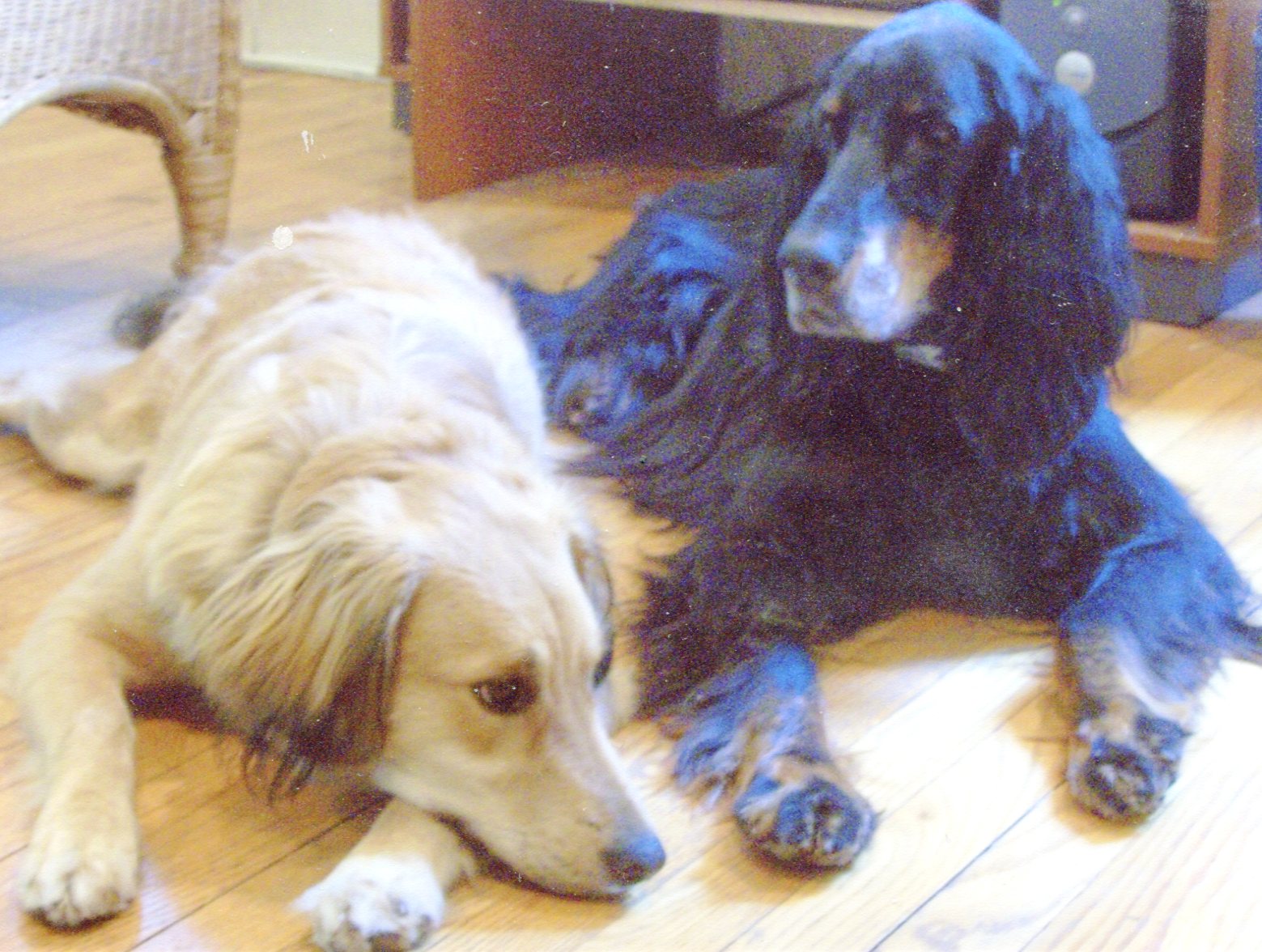 Don’t get me wrong—I love my dogs. Lola is 12 years old and has decided that I need a continual shadow. Charlie, on the other hand, since he was adopted from the shelter, has chosen to sleep in the guest room. We’ve assured him he’s part of the family, and he does join us under the table at dinner time.

Any of us who own and love pets of any ilk—dogs, cats, birds, reptiles—consider them part of the family. But they’re just NOT my children. I have my own children, brought them up, even paid for colleges. So the other day when I went to get some papers from the vet for Lola, they asked me her last name.

“What’s your last name,” the receptionist asked? I told her. “But I don’t think that’s my dog’s last name. I am not their father.”

Our dogs bear no resemblance whatsoever to me or my wife, or any of my children. Lola looks like her parents (both Gordon Setters), and her Uncle MacDuff, who preceded her in our house. Charlie looks like—well, we don’t really know. We were told he was part Collie (think Lassie) and part Shepherd (think Rin Tin Tin). Instead, he looks like a short Golden Retriever, maybe Corgi, add in a little of this, a little of that, and we have a Charlie Dog.

The receptionist finally asked, “Didn’t you adopt them?” Well, we adopted Charlie, but we bought Lola. “Same thing,” she said. “You’re their father, and therefore they have your last name.”

So, I guess I’m their daddy. At least I don’t have to pay college tuition for them. And . . . I’m happy to share my last name with them.