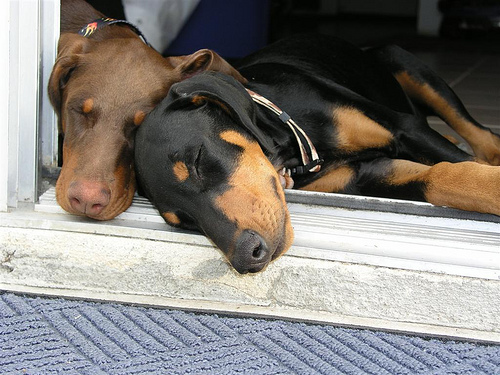 Doberman Pinschers are popular domsetic dogs who are known to be intelligent and alert.

There is a centralized American club that is dedicated to this breed, along with many different charter clubs around the country.

The Doberman Pinscher Club of America is a national club under the American Kennel Club that has over 2,000 members from all 50 states, as well as in some foreign countries. Their main mission is to promote the qualities of the breed and bring them to perfection. They are also involved in national specialty shows.

People who want to join the Doberman Pinscher Club of America should check out their Membership page.

The Doberman Pinscher Club of Sacramento was established in 1966, and is involved in local education, contacts, resources, training, events and guidance regarding the breed. They take part in many activities, such as specialty shows, sweepstakes, obedience trials and workshops.

The Los Angeles Doberman Pinscher Club was founded in 1953, and holds specialty shows and puppy sweepstakes. They also hold educational programs around Los Angeles, as well as club meetings. This club welcomes new members to join.

This Pennsylvania club holds meetings six times throughout the year, along with an annual Doberman specialty show, Working Aptitude Evaluation and Cardio Clinic. They are also welcome to new members applying.

This Tennessee club holds monthly meetings, as is open to new members. They also list Dobermans that are up for adoption.

The DPC of Nashville holds a specialty show every year, and welcomes members who have all sorts of interests in this breed, from conformation to fly ball to judging to breeding. They also organize meetings that provide educational resources.

The DPCRMA has been around since 1960, and is today very active with monthly meetings, breed showcases, seminars, all-breed shows. They also host an annual specialty for Dobermans with puppy sweepstakes and conformation. Some of their members also provide local litter listings, when available. Those interested in joining should read this. 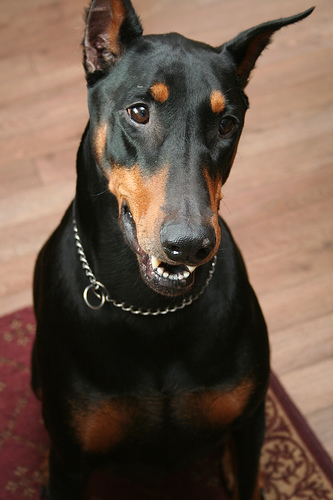 The ADPC has members around Georgia who are involved in meetings, two annual specialty shows and temperament testing. This club also puts on educational activities like dog massage lessons, acupuncture lectures, Canine Good Citizenship Tests, agility fun days and other related things. They are also involved in local rescue resources, as well as breeder referral.

Click here for further information on membership with the ADPC.

The MBDPC is a group of Doberman lovers and owners who sponsor trials and matches, obedience trials and temperament tests. They hold monthly meetings that welcome visitors.

The Pilgrim Doberman Pinscher Club is based in Massachusetts, and dates back to its establishment in 1973. They hold general meetings about every other month, some of which have educational seminars on topics like acupuncture and evaluating Doberman puppies. They also are connected with breeder referral.

New England residents who are interested in this club should read their Membership Information.

This Washington club was founded in 1962, and holds bi-monthly meetings, along with specialty shows and other events. They also list breeders around the state, and support rescue efforts in the area. People in this area who wish to join should read the membership process.

The DPCTZ is a small club based in New York State, and they are involved with events like specialty shows, obedience trials and puppy sweepstakes. They also organize educational seminars regarding dogs. 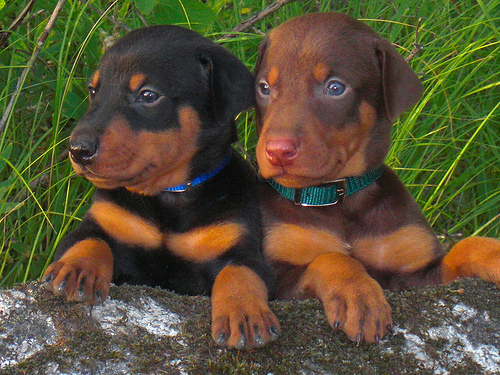 The Doberman Pinscher Club of Charlotte has members around this metro area in North Carolina. They host an annual Doberman Pinscher Show and Obedience Trial each fall, and do working aptitude tests every other year. They hold monthly meetings as well. Anyone interested in becoming a member should read the Application for Membership.

The Doberman Pinscher Club of Columbus Ohio holds activities like organized events and members meetings. People in the area who want to become part of this club should look at their application.

Utah Dobes is a combination of the Salt Lake Doberman Pinscher Club and the Utah Doberman Rescue. Many of its members are very active, taking part in parades, fun days, fundraisers and specialty shows. They list dogs for adoption, and give tips on adopting puppies and dogs.

This Virginia club was established in 1949, and has since been involved in member meetings, specialties, summer pool parties, Christmas parades and award banquets.

One thought on “Doberman Pinscher Clubs in the United States”