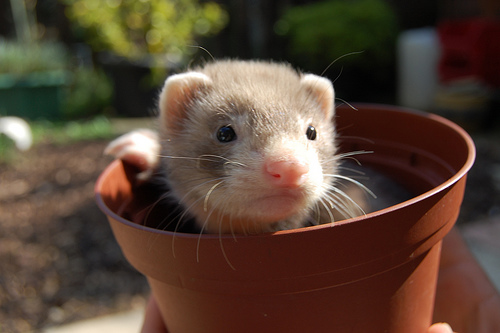 Ferret lovers and owners throughout the West Coast of the United States have a handful of clubs they can join. Some of these clubs are rescue networks, if people are interested in adopting ferrets.

The California clubs pay close attention to the legalization issues regarding ferrets.

Ferret Friends, Inc, is based out of Tuscon, and is connected to the southern region of Arizona. They are around to provide information to the public on ferrets and to rescue unwanted ferrets and give them new homes. Rescue sponsors in this club can enjoy the seasonal Fall Fun Show Picnic and Spring Fling Picnic. They also publish a newsletter.

The Mile High Ferret Club is a group based in Colorado, and its members promote the “better care of domesticated ferrets.” They work with Ferret Dreams, a rescue and adoption network. This club puts on several activities, like ferret play dates (such as BBQs), ferret enrichment, ferret education events, fund raising for Ferret Dreams and fund raising for ferret shelters around the country.

The Cascade Ferret Network is based in Portland, Oregon. They are a club that rescues unwanted ferrets and takes proper care of them before placing them into new homes. They usually have several ferrets up for adoption. 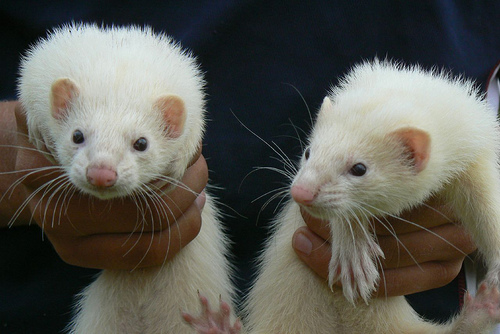 The Inland Northwest Ferret Association is based in the state of Washington. Their goal is the promotion of public education regarding domestic ferrets, including topics like care, health, maintenance and vaccinations.

West Coast Ferrets is based out of Sacramento, California. They hold meetings the second Tuesday of every month.

The Golden State Ferret Society is a California club that holds meetings the first Tuesday of every month. This club is around the provide education, ferret rescue, ferret legalization information for California and social activities. Members do not have to own a ferret, and joining is confidential.

The Northern California Ferret Alliance is based out of Brisbane, California, and is there for the domestic ferret and the people that love them. They hold monthly meetings in San Francisco and Concord, California. Membership is confidential, and ferret ownership is not required.

One thought on “West Coast Ferret Clubs and Rescue Groups”