Petswelcome.com / Articles / Beagle Clubs in the US 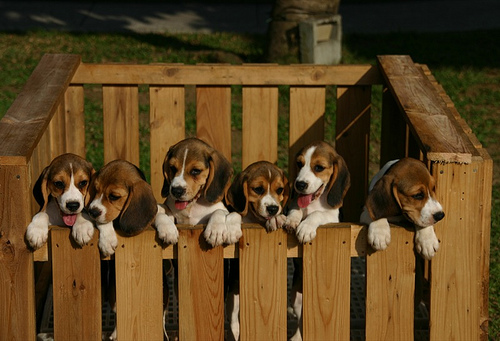 The National Beagle Club of America was founded in the late 1800s in order to improve field qualities and to hold field trial events. Today, it possesses 508 acres of land in Western Loudoun County, Virginia, which is the spot for events like AKC sanctioned trials, the annual Spring and Fall Pack Trials and other dog events.

The Central Beagle Club is located north of Pittsburgh, Pennsylvania, in a town called Gisbonia. It exists to encourage a strong registry, promote AKC sanctioned events and assure continued success of Beagles. They have a fenced in area and open range, with farmland for dog training.

The South Kentucky Beagle Club is responsible for hosting Small Pack Option Trials under the AKC. They are centered in London, Kentucky, and the dogs associated with this club are from several surrounding counties. Their trials are held in Berea, Kentucky. They aim to keep the Beagle breed to its perfection, as well as keep the breed as a useful hunting dog.

This Texas beagle club was formed in 1961, and is associated with the National Beagle Club. They hold meetings and other events, like Beagle specialty conformation shows.

Membership to this club is open to anyone who breeds, owns or loves Beagles.

The Enchanted Mountain Beagle Club is located in Olean, New York, and its aim is to develop accurate trailing Beagles and promote trials to test the hunting Beagles. They have their own property which has about 130 acres of running ground, enclosed by fences and a river.

They hold meetings the first Tuesday of each month. Those interested in membership should read the procedure.

The Waterville Beagle Club is located in North Vassalboro, Maine. They hold club meetings the first Wednesday of each month at 7:00 PM. They promote activities like hare trials and other hunting events.

The Columbia-Willamette Beagle Club is centered in Oregon, and holds monthly meetings. They publish Bugler, which is a monthly newsletter.

Click here to read the guidelines about joining this Beagle club.