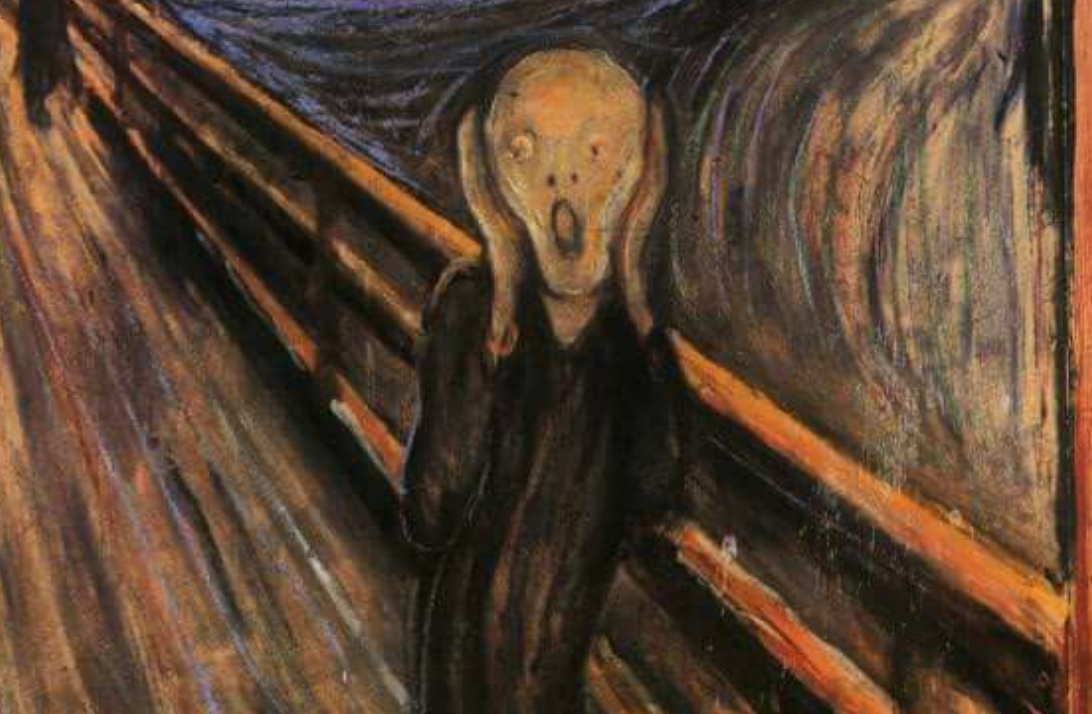 At Petswelcome, there’s nothing new about social distancing and quarantining. Hey, we work on the internet. Being digitally isolated and experiencing existential dread everyday is just more of the “same old same old” to us. It’s part of the job description. I’m so used to it that I don’t even realize how pitiful I am. That is until I unintentionally glance in a mirror and see a visage that looks very much like Edvard Munch’s The Scream. Or Bruce Dern in Nebraska.

Still, my life has changed in many ways. Suddenly, instead of just hanging out with my pets, I have to share my isolation with other members of my family. This requires social skills which is one gig I personally never signed up for. I mean, that’s why I started an internet company in the first place.

Spending 24 hours a day with relatives means changing my behavior. Instead of dipping into Kierkegaard’s Fear and Trembling or Umberto Eco’s Foucault’s Pendulum for hours at a time, swooning over passages like, “I have come to believe that the whole world is an enigma…made terrible by our own mad attempt to interpret it as though it had an underlying truth,” I now have to sit in front of my computer and fake like I’m working. Thank God for YouTube rabbit holes.

Luckily, though, my dogs are very social beings. They seem suddenly happy (ecstatic, if truth be told) that there is another person in the house that they can hang out with other than me. I don’t take it personally. That’s because they have stepped up to the plate and, frankly, made our lives unimaginably brighter, more interesting and fun during these Covid times.

Here, then, are some of observations on pets, omens, and magical thinking during Covid-19. I’m absolutely sure that all these things really happened. However, the way one day blurs into the next–combined with bouts of hallucinations due to a lack of fresh air–I wouldn’t swear to it in a court of law.

My dog Hobbes is always puttering around the kitchen. It’s usually to do his daily review of the number of dog food cans in the pantry or to make sure that the lasagna in the oven has his initials written all over it. But the other day, I walked in and found him practicing a little mixology.  Who woulda thunk?

We’ve all heard of the Quarantini by now. You can find a ton of different recipes for it on the web. But probably not one made by a dog for a dog. Hobbes’ version is a wonder of simplicity and is comprised only of two ingredients: Beef and more beef. The recipe is as follows:

I tried it and found it, surprisingly, a bit too beefy for my tastes. I decided to make some alterations for human consumption by ingeniously replacing the 3 ounces of beef broth with 5 ounces of gin. Perfecto! Now, thanks to my dog Hobbes, the whole family can get silly together at the proper hour, which we have designated as anytime between the time we wake up and the time we go to bed.

Grooming Tips from My Vizsla

So I did it. I grew the ubiquitous Quarantine Beard. I’m not sure why. Probably because there was only one package of razors left at Rite-Aid and, as I was wrestling them out of the hands of a guy who was about my father’s age (96), they fell on the floor and someone else, much quicker than me, grabbed them and sprinted away.

But in spite of that misfortune, I’ve come to like how my beard looks. That is, until my wife said I looked “grizzled” and started calling me, well, Bruce Dern. She also pointed out how Rusty, our Vizsla, while grizzled, too, kept his face hair nicely trimmed. It was then I noticed that he had been walking by us at regular intervals, stopping to turn his head up, and then moving on as if on a fashion show runway. “I mean your beards are both white,” she said, “but his looks more put together.”

The life we live with Covid does have one advantage in that it allows you to have deep and surprising conversations with those you are quarantined with, conversations that probably would never have happened otherwise. And so, one evening, I had a few words with Rusty.

It was late and everyone had gone to bed. An old neon sign from an empty tavern across the street was buzzing and it filled my living room with a surreal blinking pink light. That’s when Rusty turned to me and said,“Chicks dig the stubble, man,” It was as profound a moment as I’ve ever had. Not because my dog talked to me and gave me a sudden Zen-like insight as to why my beard was not gaining favor. Nope. It was because he sounded like Miles Davis. Miles Friggin’ Davis!

In the past, whenever people walked by our house, my dogs would dash out into the street and harass them, sometimes engaging in lewd sexual acts for all the neighbors to see. It was a real problem to say the least. I remember once a grandmother was walking her 3-year old grandson who stopped in horror when he saw my dogs. I thought she was going to start yelling at me but, instead, she grabbed her grandson’s hand and said to him, “Get over it. It’s life.” She then gave me a kindly smile and said, “His mother’s too protective. He’s got to start learning sometime, right?”

“Amen!” I screamed from my front porch.

During the quarantine, however, my dogs no longer run into the street. It’s the talk of the neighborhood. People who previously have witnessed unmentionable and abhorrent acts are stunned and delighted that my dogs now suddenly respect their personal space

“How did you train them to social distance?” they now ask.

“It took a lot of time and effort,” I respond. “But we all have a responsibility in these difficult times to make sure we all live up to our responsibilities. Sometimes it takes a pandemic to learn the error of your ways.”

And that’s really the truth. Not about training my dogs to social distance (I just turned on the electric fence). But I mean about learning from our pasts and changing for the better. One gift Covid has given us is plenty of time to look back on our previous lives and make adjustments so that we can become better human beings. I haven’t done it. But I’ve seen other people do it. I think I have. Actually, no, I’m sure I haven’t. But if they did, it would say a lot about what a special species humans are and how well we handle adversity and tragedy.

Is it me? Or are there a lot more vultures flying around these days? My dogs, who are bird dogs, don’t seem to notice them, though, so I’m thinking I might just be imagining it. Still, everything suddenly seems to be more vivid and full of meaning. It’s as though we’re living in medieval times. I mean, a month ago three vultures landed on my neighbor Peter’s roof and I haven’t seen him since. If he doesn’t come out by Christmas, I’m definitely calling 911.

Because I notice them now, I decided to do some on-line research on omens and portents, especially as they relate to dogs. And, let me tell you, it gets pretty complicated. For example, did you know that a howling dog in the night is a sure sign of death? But turning over a shoe in your house can reverse the bad luck a howling dog brings. Or, instead of turning it over, you can just throw the shoe at the dog that’s howling.  I’ve found that to be more effective.

However, if he brings the shoe back to you, you’re doomed. At that point, the only thing that can save you is the hind leg of a graveyard rabbit. Therefore, it makes more sense to throw the hind leg of the rabbit at the howling dog in the first place. Or, better yet, the whole rabbit. That’s because if he brings it back alive, you will have a lifetime of health, prosperity and good luck.

Although Dr. Fauci and Dr. Redfield from the Center of Disease Control and Prevention have not endorsed these remedies, I’m keeping some spare bunnies on hand just in case. Even if they can’t really help me, it’s nice to have them around anyway. Besides dogs and cats, I can think of other pets I’d more rather quarantine with than rabbits. They’re delightful.

And that’s the point. During these difficult times we suggest you partake in whatever it is that delights you so as not be overwhelmed by all the sobering and tragic news. It’s alright to engage in a little magical thinking and take a healthy break from reality—as long as you’re not putting yourself or others in jeopardy or denying science or the advice of doctors and health experts whose only ambition is to keep us safe.

So sit around with your dogs and do nothing. Or just stare out the window like your cat (you might be amazed at that what you see). Grow a beard. Bake bread. Make a mask. Binge watch Schitt’s Creek while drinking a Hobbes Quarantini. Or just play a simple game of fetch with your best friend. One of these days I bet she’ll come running back with a live rabbit in her mouth.

It’s going to happen. It’s just a matter of time.